The PARSEME shared task data is a collection of corpora in 18 languages with annotation of verbal multiword expressions (VMWEs) in running texts. VMWEs include idioms (ID, let the cat out of the bag), light verb constructions (LVC, make a decision), verb-particle constructions (VPC, give up), and inherently reflexive verbs (IReflV, se suicider 'to suicide' in French; freuen sich `to be glad' in German), and other phenomena (OTH). For most languages, parts of speech, lemmas, morphological features and/or syntactic dependencies are also provided.

Parseme MWE 1.0 data is available from the Lindat repository, and can be searched through both KonText and NoSke. Detailed information about the annotations can be found at the project documentation page; on this page, we document the way the data has been converted for KonText/NoSke and some of the possibilities how it can be queried. 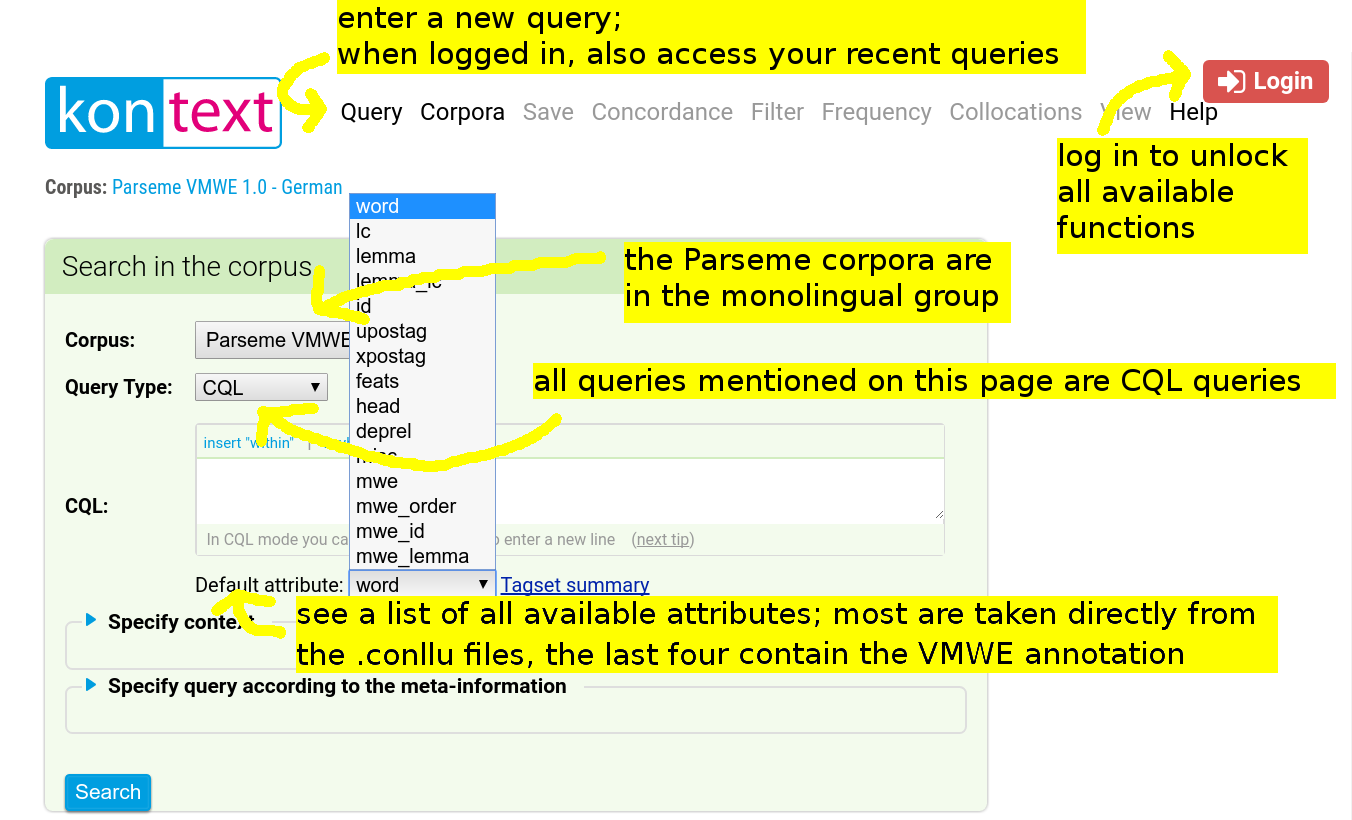 The data contains the following attributes:

Here we list a collection of queries that demonstrate some of the abilities of the CQL query type, which is the most expressive query type available in Kontext. We concentrate on the annotation of multiword expressions (MWEs). We link directly to ready-made queries in three common European languages, but the same queries are valid for all 15 languages that can be searched through KonText.
3 languages, Bulgarian, Hebrew and Lithuanian, were not included because the Parseme data does not contain any morpho-syntactic annotation; they may be added upon request.

The Spanish, French and Portuguese corpora contain metainformation in the form of sentence ids. Besides that, portions of the data are marked as train or test data in the value of the attribute doc.id. Metainformation can be viewed in several different ways: 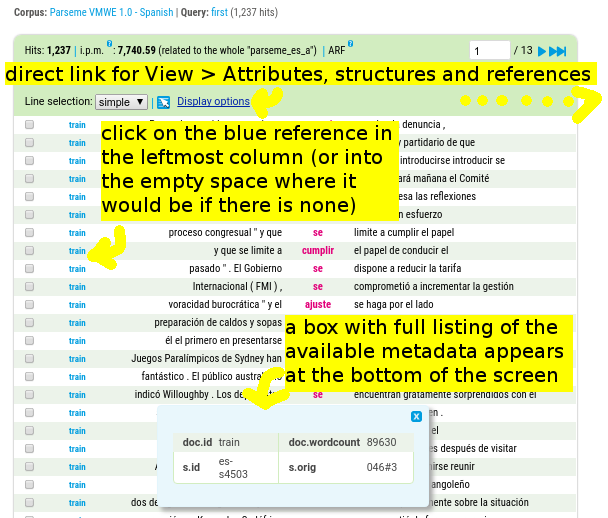 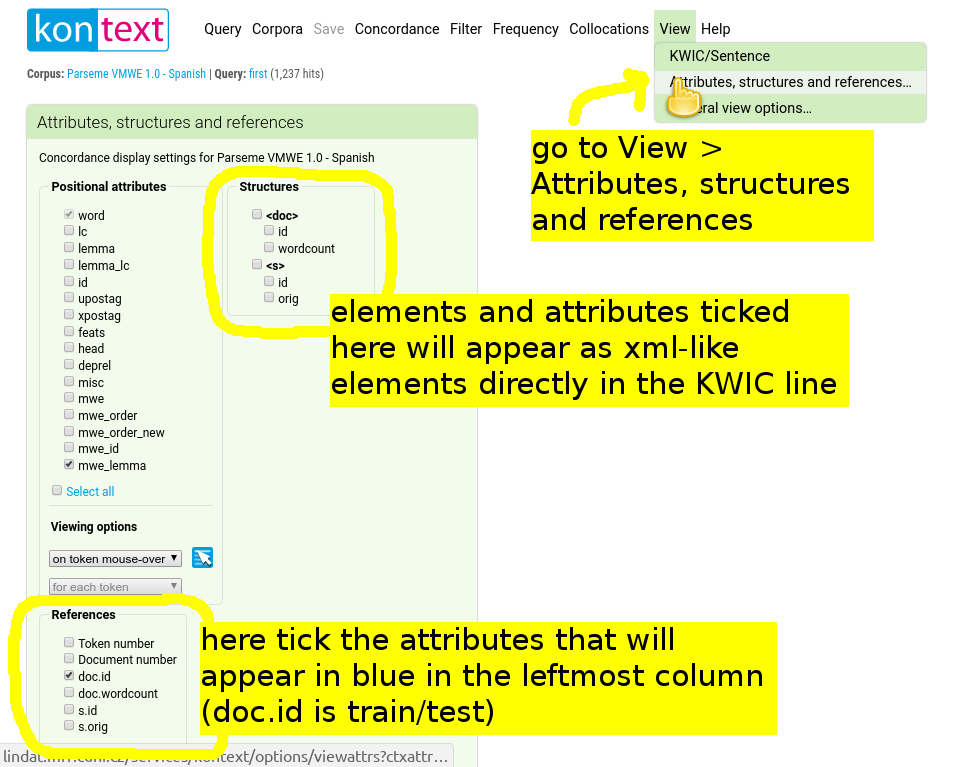 Post your own queries at the dedicated google group forum or report any issues or suggestions through the issue tracker.