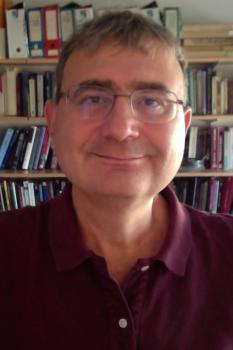 NooJ is a linguistic development environment that allows linguists to formalize
linguistic phenomena in the orthographical, morphological, syntactic and semantic levels, using a
range of linguistic resources: dictionaries, finite-state, context-free and context-sensitive
grammars. NooJ provides linguists with tools to edit, test and debug, maintain a large number of
linguistic resources, and can apply sets of resources (NooJ modules) to parse large corpora of
texts in real time. NooJ has been endorsed by the European Community and is now available as an
open source package, published on the Metashare Web Site. There are over 30 languages that are
being described with NooJ, see www.nooj4nlp.net.

In this presentation, I will describe the system that allows NooJ to perform transformational
analysis and generation, i.e. to produce any number of transformed sentences from one given
sentence. For instance, from the sentence "Joe loves Mary", NooJ produces over 1.4 million
declarative sentences such as "It is Joe who loves her", "He is no longer in love with Mary". The
system is reversible, i.e. NooJ can produce the analysis of complex sentences such as "It is not Joe
who stopped to love her" in the form of a series of semantic features such as "+Declarative
+ExtractSubject, +Negation, +Aspect="Stop", +Preterit, +PronominalizeObject".

Max Silberztein is a Computer
Science Professor at the Université
de Franche Comté. He is the author
of the NooJ software and President
of the International NooJ Users
Scientific Association, which
federates the community of NooJ
users, organises an annual
conference, workshops and training
sessions.

His last book will be published soon: