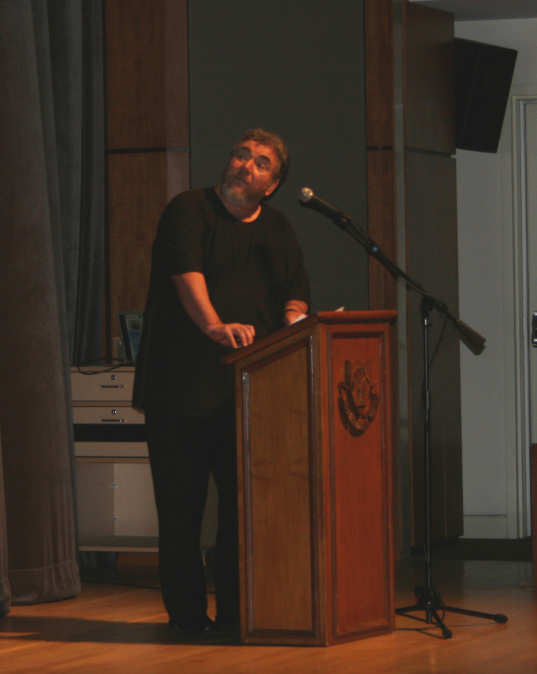 Abstract: This talk examines various arguments that have been made by Merchant (2001, 2004, 2008, to appear) against direct-interpretation theories of Sluicing and Bare Argument Ellipsis, e.g. those of Ginzburg and Sag (2000) [GSOO] and Culicover and Jackendoff (2005). We focus on the relevant identity condition,
including the inadequacy of e-givenness. Indexical resolution data favors a semantic approach more closely linked to to the discourse context. With more careful examination of GS00's proposal, specifically in relation to the role of salient utterance (SAL-UTT) and the maximal question under discussion (MAX-QUD) supplied by context, Merchant's arguments made against the direct-interpretation approach are seen to lose their force. We also examine data from a number of languages which are problematic for any deletion-based analysis of Sluicing, showing how the direct-interpretation approach avoids these difficulties. Finally, we show how GS00's analysis interacts with Ginzburg's (in press) theory of dialogue to provide an account of `sprouting'.

[Based in part on joint work with Joanna Nykiel (U. of Silesia).]

Ivan A. Sag (PhD, MIT 1976) is the Sadie Dernham Patek Professor in
Humanities and Professor of Linguistics and Symbolic Systems at Stanford
University. He is a fellow of the American Academy of Arts and Sciences, a
fellow of the Linguistic Society of America, and was the Edward Sapir Professor
at the 2011 Linguistic Institute.
Sag was one of the originators/developers of both Generalised Phrase
Structure Grammar (GPSG) and Head-Driven Phrase Structure Grammar
(HPSG). He has worked on numerous syntactic problems and has also made
contributions in semantics, experimental and computational linguistics,
phonology, and the study of discourse. Focusing on issues at the
morphology/syntax and syntax/semantics interfaces, his current research
primarily concerns constraint-based, lexicalist models of grammar, and their
relation to theories of language processing.